Yarrow for relaxation and stress reduction 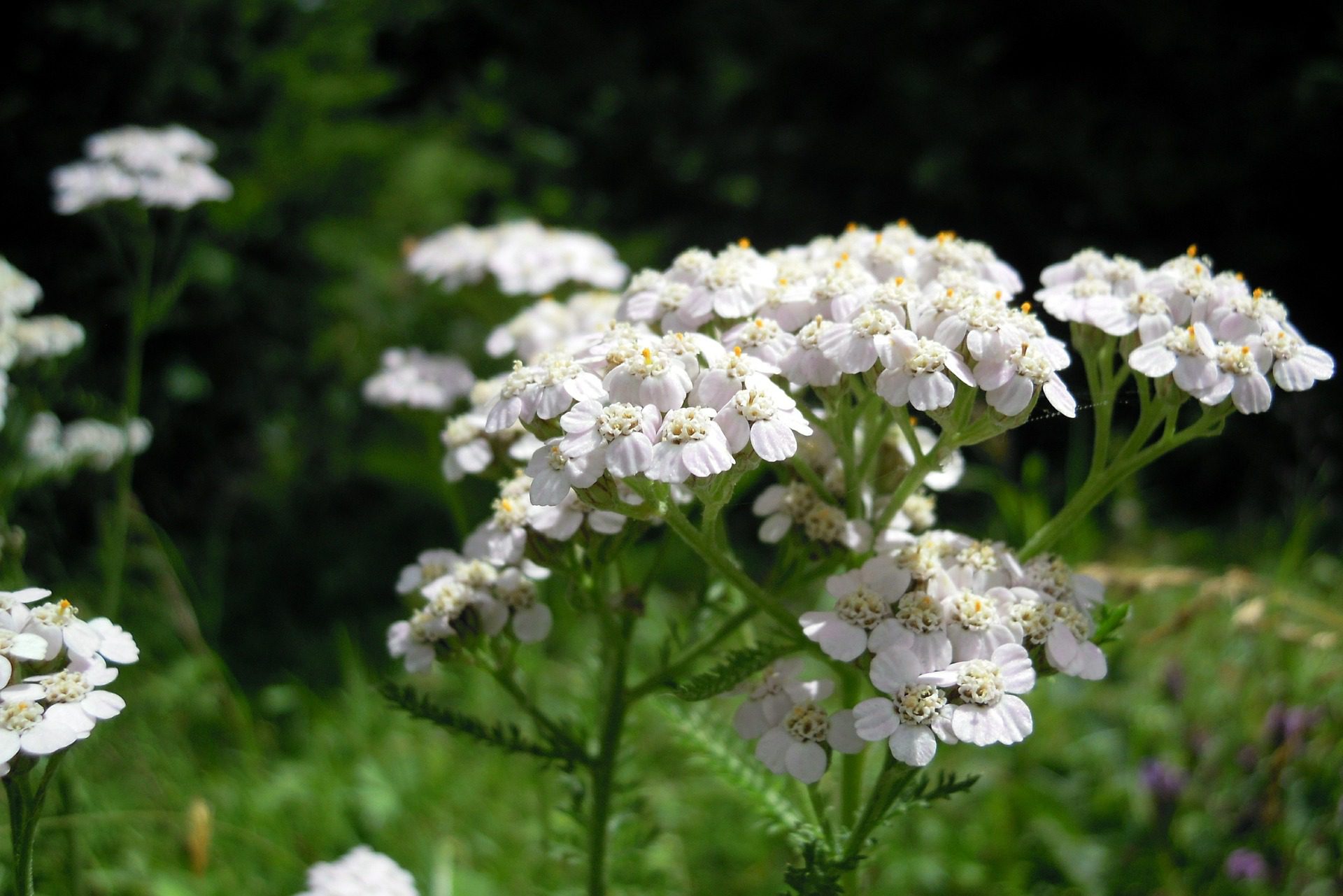 Like the powerful Dandelion, Yarrow (Achillea millefolium) is a common weed native to the Northern hemisphere, where it grows freely in grassland, chalk land, roadsides and other sites with well draining ground.
It is well known and widely used in herbal medicines and used both externally and taken orally  with good results. The entire plant is used, both dried and fresh.  Its use as medical plant has been traced back to a Neanderthal burial site in Iraq which dates back to 60,000 BC. There it was found amongst other medical herbs and is since famous in herbal medicine as one of the earliest indications of human use of medical plants.
Scientists have credited yarrow for its benefits relating to almost every organ in the body but the herb is perhaps most famous as a wound healer.  More recently herbalists have focused on yarrow as a tonic for the digestive and the female hormonal system.
Yarrow has a number of beneficial effects on health; It is useful as a sedative, anti-inflammatory, digestive, antispasmodic and tonic. It´s been used with positive effects by people with  insomnia, anxiety, muscle spasms, digestive disturbance, diarrhea, headaches, pain, fevers, and symptoms of common cold.

Yarrow contains volatile oils, alkaloids, and glycosides. According to information on Yarrow-essential oil, it  has tremendous healing properties which are mostly because of the impressive properties of the herb already listed above.
Both the leaves and flowers of yarrow are edible and highly nutritious. Although yarrow is considered safe to eat it does however contain several chemicals, known to be toxic if consumed in very large amounts. This plants contains several phytochemicals known as flavonoids, which has anti-inflammatory, antimicrobial, anti-tumor and antioxidant properties.
Yarrow may cause an allergic reaction in people who are sensitive to the Asteraceae/Compositae family. Members of this family include ragweed, chrysanthemums, marigolds, daisies, and many others. People with allergy to these plants might show reactions to Yarrow and should therefore avoid it.
Special precautions:  Yarrow might slow blood clotting so there is a concern that it might increase bleeding during and after surgery. Stop taking yarrow at least 2 weeks before a scheduled surgery.
Do not take Yarrow if you´re pregnant or trying to conceive.
We use Yarrow in our Pure Heart formula as a tonic for the whole system and to aid in relaxation and stress reduction.